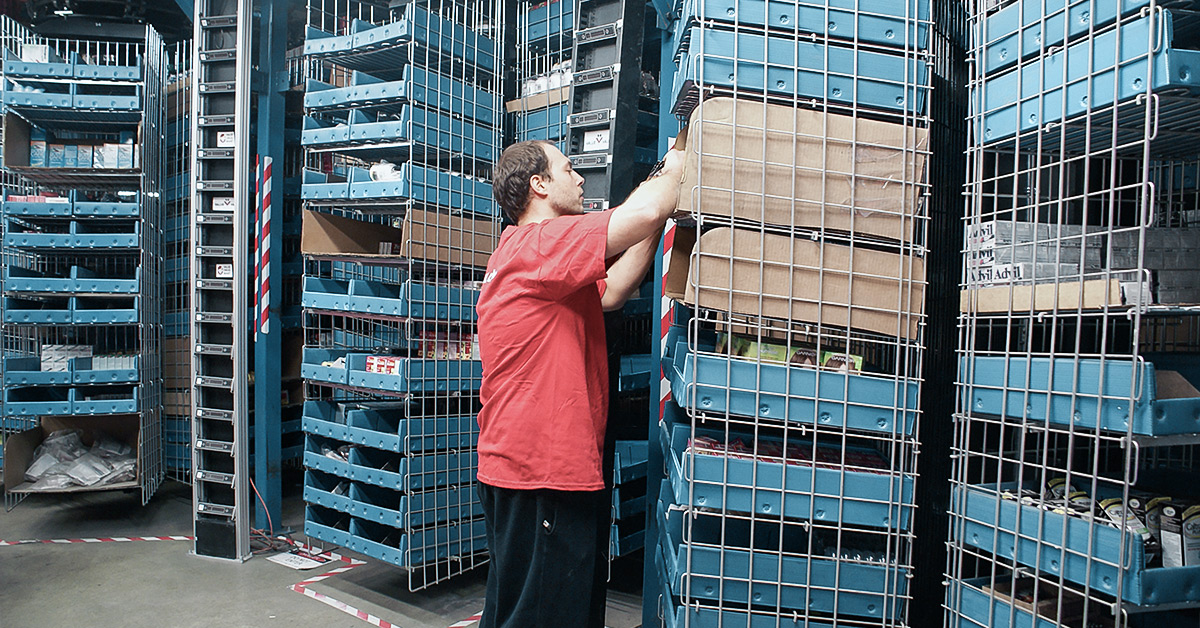 “We were picking as fast as staff, shelving and technology would permit, but it wasn’t fast enough,” said Dwayne Bilawchuk, Operations Manager. Value Drug Mart turned to automation to gain efficiencies in these critical work zones.

Scanning for accuracy
A scanner, similar to a retail check out scanner, is mounted at each end of the batch station. Before each item is placed in the order tote it is scanned for accuracy verification. The consolidation area spot checks orders for accuracy. “Our order accuracy has always been high, these measures help us maintain near perfect pick accuracy,” says Bilawchuk.

Do you have a project you’d like us to spec & quote?