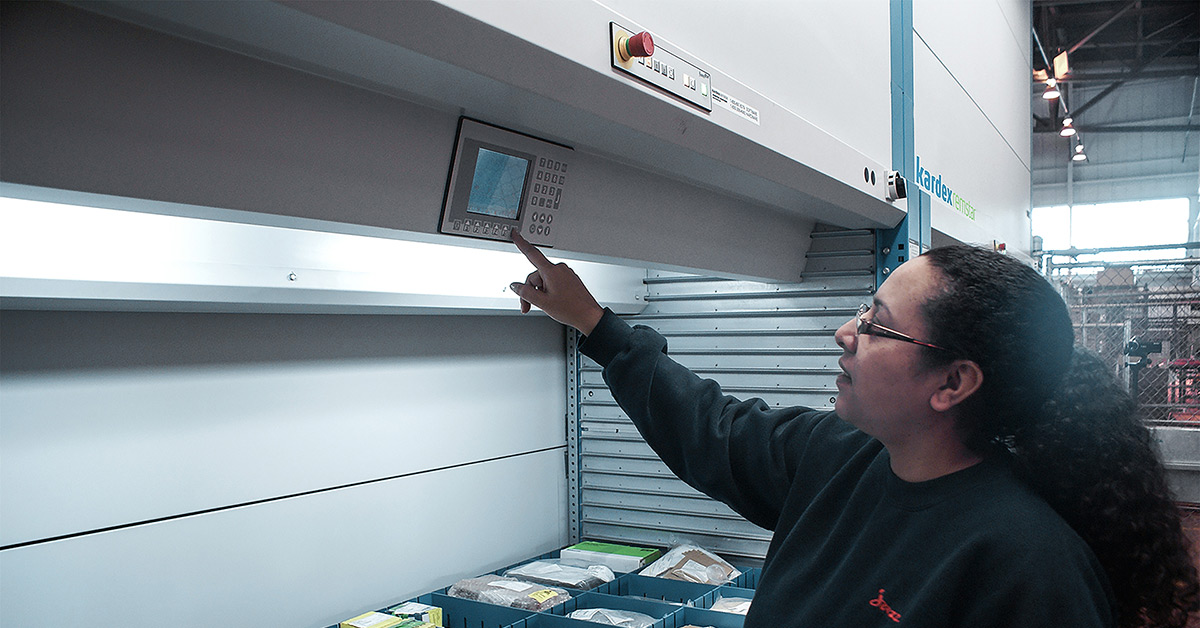 Jazz Aviation is a regional carrier travelling to and from approximately 80 destinations across Canada and the United States. The operational base in Toronto, Ontario is responsible for maintenance and repair operations for 125 airplanes, 24/7. The maintenance stockroom uses two Vertical Lift Module Kardex Shuttles with Kardex Power Pick System inventory management software to supply parts to technicians on site as well as five other MRO bases. 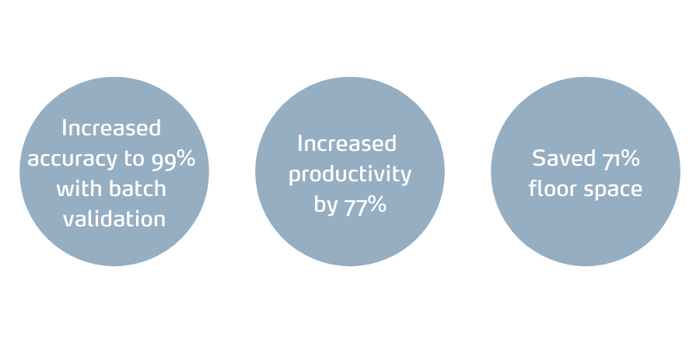 The 6,900 square foot facility was limited on space and needed a solution that wouldn’t force them to relocate. Previously, all SKUs were stored on shelving and pickers would walk up and down aisles, using a pick cart for heavier items. “Space is a premium being next to an airport,” said Mike Hauser, Stores System Manager, “It was a constant battle, we had no more room. We needed a full supply chain solution, not just a temporary fix.”

Just over 10,000 SKUs previously stored on shelving were consolidated into two Kardex Shuttles to create a compact and secure MRO parts management area right in the hanger. Inventory in the two Kardex Shuttles is managed with a Kardex Power Pick System that is integrated with existing TRAX software. Further, alongside a four-position batch station, additional pick to light technology and label printers add inventory control and increased accuracy levels.

Every SKU received into inventory has a batch, or lot, number. The batch number must be traceable through the distribution channel. To verify the pick based on the batch number, the operator scans the part before it goes into the order tote, this ensures they have picked not only the right part number, but the correct batch number as well.

How can Kardex solutions solve your challenges?