Manufacturing and distribution of projection systems 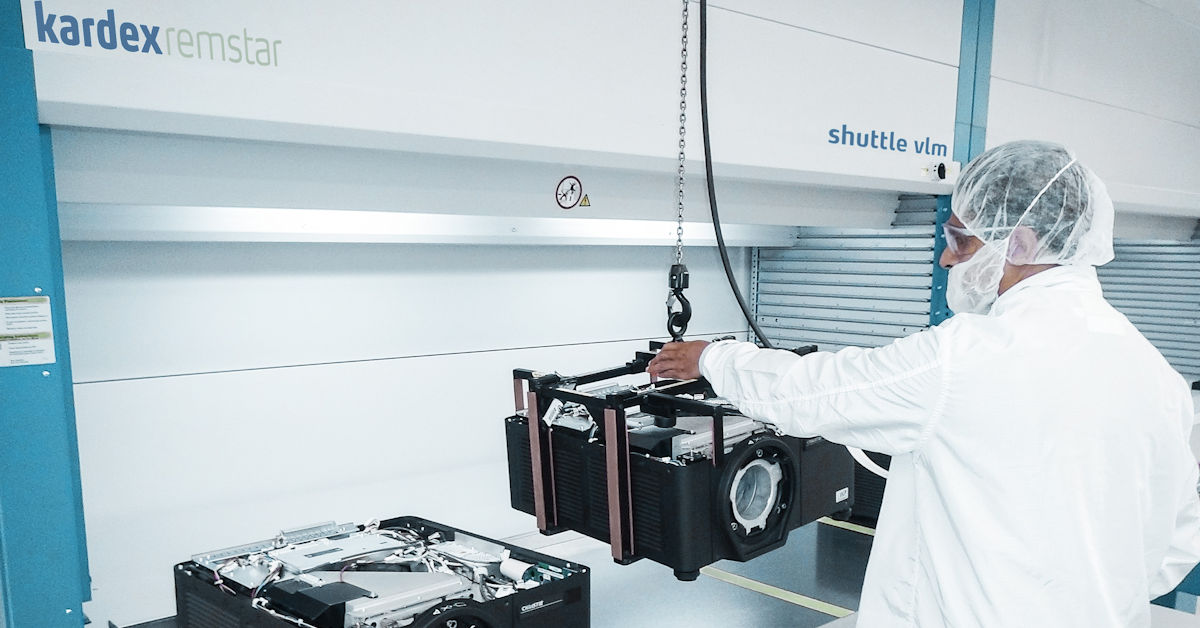 With over nine decades of experience Christie has a reputation of delivering superior visual display solutions and providing unprecedented levels of service and support. The certified ISO 9001:2000 and 14001 manufacturing center in Kitchener, Ontario houses top of the line technology including two Vertical Lift Module Kardex Shuttles each equipped with automatic tray extraction and crane handling.

While increasing capacity and improving worker ergonomics were the main project focus, Christie also sought to give their customers the best of both worlds: custom built projectors with 24-hour order turnaround time. 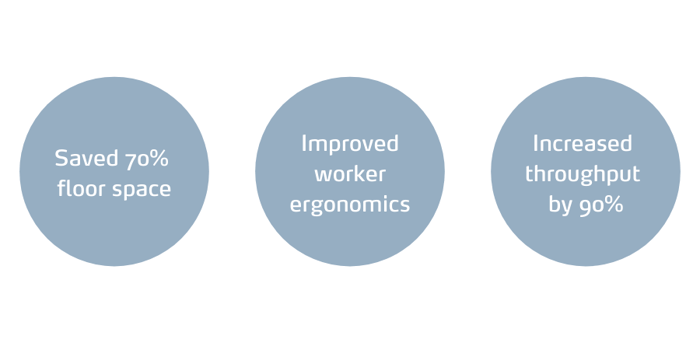 Including the aisle, each Kardex Shuttle occupies 180 square feet, compared to the 600 square feet occupied previously - a 70% floor space savings. “The recovered space has been used to expand the sub-assembly process from 6 assembly stations to 9,” said Hibberd.

Each projector weighs around 52 pounds. “The projectors are heavy and lifting them puts the employee at risk of injury and the projector at risk of damage,” says Hibberd. Each Kardex Shuttle has automatic tray extraction, so all sub-assembled projectors are accessed with an ergonomic hoist; no lifting, pushing or pulling is required.

How can Kardex solutions solve your challenges?